This article seeks to address issues raised in the following publications: 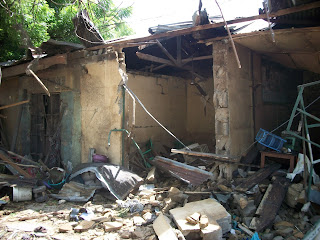 In order for us to have a well-rounded opinion on the often-raised issues of derivation, allocation, poverty, deprivation, corruption, militancy, terrorism etc and their relationship in the Nigerian equation, it would be pertinent to review the relevant financial data.

The purpose of this article is to bring to the public discourse, the relevant raw financial data required to reach informed conclusions on the issues.

The Source of all data is from the Federal Ministry of Finance, Abuja.
Summary of Gross Revenue Allocation by Federation Account Allocation Committee for the Month of August, 2011 Shared in September, 2011

All the information/data provided below, is also available on the Federal Ministry of Finance website www.fmf.gov.ng and Office of Accountant-General of the Federation website www.oagf.gov.ng. In addition, you would find on these websites details of the Capital and Recurrent allocations to all arms of Government including Federal Ministries and Agencies. The Budget Office website www.budgetoffice.gov.ng also contains information about the Budget. 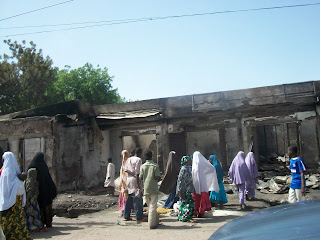 **
States with least allocations; in Nbillion.

Total allocation comparison by zone, starting from highest; in Nbillion

The reader is left to his or her own analyses of the data to reach their own conclusions.

The problems with Nigeria are very profound, there are no easy solutions to any of the problems, the sooner the Nigerian leadership as well as the people come to terms that hard and painful decisions are required to set the country on the right part, the better for Nigeria.

These hard decisions would include the dismantling of structures and policies which engender a culture of dependency, a constitutional review which would amend ambivalent and parochial laws, the acceptance of liberty and the freedom of private enterprise over government controlled inefficient management of businesses and important sectors of the economy, as well as a true Federalism which allows each state to be a master of its destiny, be it a desire for Sharia or a desire for state wide consumption subsidy, the center should not be micro-managing every detail of our lives, most govt policies should be left to state decisions while the FG faces the more dauning tasks left to FG’s (The US system would make a good model)

The constituent states of Nigeria would need to pull apart a bit in order to save the country, the close central system is responsible for most of the friction and clashing of heads within the polity, it would be important for each state to be responsible for a large percent of their income rather than relying entirely on allocations from the center

On Boko Haram, we have to face the truth; it is more of a result of nurtured religious extremism over the decades that was bound to deteriorate; that is the direction we should be looking to solve the Boko Haram problem.

In a decentralized system, each state would have a more remarkable impact and responsibility to the people; if such a system existed, akin to the US system of Federalism, Boko Haram would more likely have noticed that 12 core northern states are full Sharia practicing states, were the states are mere passengers, little wonder the people do not attach much weight to state laws which in reality should impact more on each individual; the implication is the macabre dance of death to capture the center were all the action lies. We all need freedom from the center; including those at the center today whom would end up being the complaining opposition tomorow.

The structure of the Nigerian system of government, which highlights the center and diminishes the individual states, has been at the heart of the Nigerian problem from 1966 till date; it cannot be sustained for very much longer.