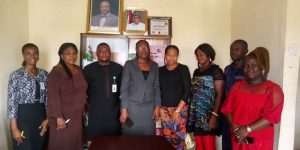 Following the conclusion of proceedings of the Imo State Judicial Commission of Inquiry into Police Brutality and Related Extrajudicial Killings and the submission of their findings and recommendations to Imo State Government, SPACES FOR CHANGE | S4C is pressing harder for reparation for the victims of human rights violations and for indicted state agents to be held accountable. Further to its press statement dated 26 June, S4C embarked on follow-up advocacy visits with senior officers of the Judicial Commission and the National Human Rights Commission (NHRC), Imo State, on June 25 and 26, demanding an expeditious implementation of the Judicial Commission’s recommendations.

S4C team led by its Owerri Branch Legal Officer, Mrs. Chetachi Louis-Udeh, met with the legal counsel to the Imo State Judicial Commission of Inquiry to enquire about the status of the report submitted to the Imo State Governor and the implementation plans for the Commission’s recommendations, especially the disbursement of the sum of N770,985,800 to victims. You would recall that S4C provided free legal representation to numerous victims that petitioned and testified at the Judicial Commission. Presenting the findings and recommendations to the S4C team, the Judicial Commission’s Legal Counsel, Chief N.D Duroha reiterated that the Commission has become functus officio following the submission of its report dated 16th June, 2021 to Imo State governor, Senator Hope Uzodinma. Imo State governor is expected to adopt the report and publish a white paper based on the recommendations. 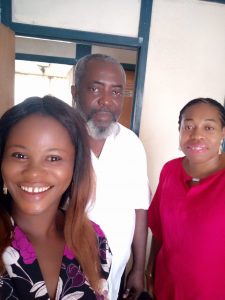 According to the report, some major outcomes of the #EndSARS protests include the disbandment of the notorious Special Anti-Robbery Squad (SARS) and the setting up of several judicial panels of inquiry into police brutality across the country. On that premise, S4C advocated for multi-stakeholder implementation of the report’s recommendations, to wit – Federal and State governments, the Nigerian Police Force, the Police Service Commission and the NHRC. The AGFCS report particularly urged the NHRC to establish and strengthen oversight mechanisms for reviewing the improper conduct of erring security operatives more effectively.

The NHRC State Coordinator, Mrs Ukachi Ukah appreciated S4C’s reputable knowledge-building interventions regarding the plethora of human rights issues in the country. She also reiterated the Commission’s resolve to join forces with S4C to demand reparations for victims of rights violations through the expeditious implementation of the recommendations of the various judicial panels set up across states of the federation, including Imo State.