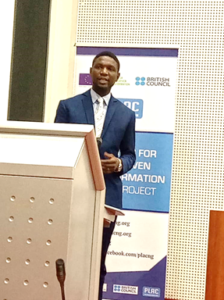 At the public hearing on the Companies and Allied Matters Act (CAMA) 2020 recently held in Abuja, SPACES FOR CHANGE [S4C] joined other non-profit organizations (NPOs) operating in the country to demand a review and/or deletion of sections 1, 838, 839, 842, 843, 845, 848, 849 of the statute. Ever since the Nigerian president assented to the amended CAMA 2020 nearly two years ago, there has been a sustained clamour for a further amendment of certain provisions of the legislation which appear draconian. Most of these provisions relate to the governance and regulation of non-profit entities operating in Nigeria. Yielding to public pressure, the Senate Committee on Trade, Investment & Diaspora and NGOs conducted a public hearing on Monday, 28th March 2022 to receive public feedback regarding the concerning provisions of the statute.

Speaking at the public hearing, Patrick Allam, S4C’s Legal Officer, submitted that CAMA 2020 establishes a new form  of eminent domain which interferes with property rights of non-profit entities; interferes with the constitutional freedoms of association and assembly; duplicates the roles of existing regulatory agencies which retain oversight over non-profit operations and the  implementation of the law will unleash high costs of regulatory compliance, which can have a chilling effect on smaller entities.

Presentations by a litany of non-governmental organizations (NGOs) reechoed the above sentiments. Groups like the Christian Association of Nigerian (CAN), Global Rights, CLEEN Foundation, Institute of Chartered Secretaries of Nigeria, Amnesty International, Benjamin Legacy Foundation, African Centre for Leadership, Strategy and Development, Ibrosoft International Foundation etc. emphasized that the introduction of interim trustees to take over the governance of non-proft entities in certain circumtances represents an interference with the freedom of association. While such wide discretion needs to be supported with adequate checks and balances, the Corporate Affairs Commission (CAC), as a regulator, should focus on enforcing regulatory and administrative controls, and not getting involved in the day-to-day affairs of non-profits. Some groups argued that small organisations should be excused from annnal reporting obligations while others insisted that it would be incongruous to want to regulate the NPOs with the same regulatory measures applicable to purely business entities. Another provision kicked against is the requirement for trustee of NGOs acting in the capacity of directors not to be paid salaries and the difficulty of securing the consent of the Attorney General of the Federation before registration. 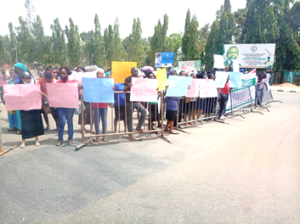 While the stage was set for the public hearing in the Senate Chambers, some campaigners were seen protesting at the entrance to the National Assembly with placards supporting the amendment of the Principal Act and calling for the repeal of many sections of the Principal Act. Some of the key demands presented by non-governmental organizations were:

The Registrar General of CAC, Garba Abubakar, fiercely opposed the amendment Bill, alleging that there are misconceptions borne out of ignorance or mischief about the role of the Commission. “The provisions of the Principal Act are good and have been implemented in other jurisdictions around the world and there is no reason why Nigerian should be an exception”, he said. Garba Abubakar insisted that the activities of NPOs should be strictly monitored because the incomes and properties under their management are public funds. Because accountability lags behind, their funds and properties must be accounted for; hence the  need for strict laws. Additional regulations have also been made where there are lacunea in the Act,  to cover for those gaps.

The hearing came to a close with the consensus that the amendment is an opportunity for the Senate to remove the CAMA provisions widely deemed as repressive. The public hearing was convened  with the support of European Union (EU)-Agents for Citizen-Driven Transformation (ACT), British Council and Policy and Legal Advocacy Centre (PLAC). Other stakeholders present at the hearing include the Christian Association of Nigeria (CAN), Corporate Affairs Commission (CAC), Economic and Financial Crimes Commission (EFCC) and the Federal Ministry of Finance Budget and National Planning.