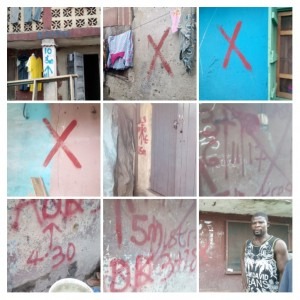 The emergence of new contenders to the land dispute in Badia-East added a new twist to the Badia’s evictees’ protracted struggle for housing justice. Apart from the Ojora Chieftaincy Family that has been locked in a fierce legal battle with the Badia evictees regarding the ownership of certain portions of land in Badia-East, another chieftaincy family, known as the Trustees of the Estate of late Madam Iyalode Efunroye Tinubu, has joined the fray, claiming ownership of vast hectares of land spanning Iganmu, Ijora, Badia, Orile and Coker Village in Lagos State. The disputed strip of land in Badia-East, situate along the railway, line is one of the several communal lands that the Tinubu Family is laying claims to.

Joining the suit at the Lagos Court of Appeal in Suit No: M/5/2009 as the 6th Defendant, they are seeking to overturn the judgement of a lower court that granted title to the Oba Abdul-Fatai Aremu Aromire, Chief Fatai Adio Suleiman, Prince Olayiwola Oluwa (all known as the Ojora Chieftaincy Family). The judgment of a Lagos State High Court delivered by K.O. Alogba on the 20th day of March 2014 favored the Ojora Family. Because they were not parties to the suit, the evicted residents never had the opportunity to have their interests in the property to be determined by the court. As such, the evictees argue the judgment does not bind the entire community which was not represented in the matter.

In September 2015, the predominantly-poor residents of Badia-East were forcefully removed from their houses by certain persons holding themselves out as court sheriffs, judicial officers and agents of the Ojora Chieftaincy Family,. Demolitions agents purportedly executing the judgment of the court were accompanied by officers of the Nigerian Police Force. Bulldozers operated by officials of the Lagos State Government provided material support throughout the exercise, displacing more than 10,000 people, mostly women and children. Till this day, fathers, the youth, babies, young children of school age and their mothers continue to sleep in open spaces, increasing their vulnerability to health and environmental hazards.

Since 2015, SPACES FOR CHANGE [S4C] has been providing free legal representation to Badia evictees, representing over 1,000 families in Badia, rendered homeless at the peak of torrential rainfall in September 2015 on the orders of the Ojora Chieftaincy Family. The displaced families particularly object to the Ojora’s Family’s land ownership claims, the due processes breaches and human rights violations that characterized the September 2015 demolitions. Through litigation, targeted advocacy and extensive stakeholder engagement, S4C has been taking all necessary steps to ensure that Badia evictees are compensated for all their losses, and there are no further forced evictions.

The displaced families were at all material times, owners and tenants of properties of various types, comprising brick, concrete, block and makeshift structures in Badia community, having acquired titles to the land from a variety of sources dating back to the 70s and beyond. Pursuant to a land acquisition order gazetted on January 28, 1926, several portions of the land in Badia are still under the full control and management of the Federal Government of Nigeria. More specifically, some of the evictees benefited from a compensatory exchange of land for affected communities following the Federal government’s compulsory land acquisition to build the National Theater in 1973. Consistent with the diversity of landholdings in Badia, several residents had title document backed with survey plans while some others paid rent to the Nigeria Railway Corporation and built block structures with the approval of Railway Property Co. Ltd. Some paid Temporary Occupation License Fees to the Economic Department at the Lagos State Governor’s Office and the Ministry of Works and Planning (Lands Division).

Recognizing the legitimacy of their stay on the land, the Federal Government of Nigeria, through the Ministry of Housing and Urban Development initiated the Badia East Urban Renewal Programme in 2004. The said federal ministry has regularly consulted local residents, including the evictees, in stakeholders’ meetings and discussions pertaining to the development and sustainability of Badia communities since 2004. In 2013, the Federal Ministry of Housing and Urban Development, with the cooperation of the residents, including the evictees, conducted a house ownership survey to take stock of all the occupiers and structures in Badia. Shortly afterwards, the Lagos State Government counteracted the federal initiatives, and started laying claim to portions of the land in Badia. Series of state-ordered demolitions and huge property losses followed suit in 2013, 2015, 2016, 2017, 2018 and 2019. Not only that, the Lagos State Government went ahead to commission the construction of a mass housing estate–Jubilee Housing Estate–which is currently under construction on the disputed land. S4C’s sustained advocacy urging the Lagos State Government to allocate 25% of the houses in the estate to the displaced Badia residents is yet to yield any positive outcome.

With the latest incursion of the Tinubu Family into the land dispute, the legal and human rights issues arising from the demolition of Badia community will get more complex, murkier, resulting in a very costly litigation. The poor evictees now have to contend with two extremely-powerful private actors with strong foot inside the corridors of power at the state and federal levels. New court documents S4C has perused show potential legal quagmires and fireworks in the offing. Tougher legal questions will also arise for all sides, especially regarding the historical roots of title, customary land tenure system in Lagos State since time immemorial, federal cum state land acquisitions and the gazetting of compulsorily-acquired land, the statutory limitation time to appeal judgments, joinder of parties, plus the implications for landholdings currently vested in thousands of private and corporate actors across entire commercial districts in Iganmu, Ijora, Badia, Orile and Coker Village.

One thing is sure: Badia residents will not relent in their collective struggle for justice. Despite the legal drama and procedural uncertainty that lie ahead, SPACES FOR CHANGE is fully committed to supporting Badia residents with the legal armory needed to wage war against forced displacement, with a view towards ensuring that powerful economic interests by state and private actors do not overrun the rights of local people.