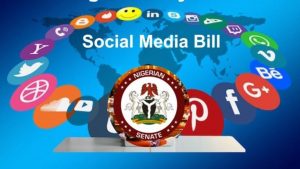 The Nigerian Senate Committee on Judiciary, Human Rights and Legal Matters conducted a public hearing on the bill, titled, PROTECTION FROM INTERNET FALSEHOODS, MANIPULATIONS AND OTHER RELATED MATTERS BILL, 2019 (SB132), sponsored by Senator Mohammed Sani Musa (APC Niger East). Among other things, the bill, popularly known as the Social Media Bill, seeks to prevent the transmission of false statements/declaration of facts in Nigeria and enable measures to be taken to counter the effects of such transmission.

Stakeholders from various sectors comprising the media, broadcasting, civil society groups, student unions, social movements, non-governmental organizations, religious bodies, political associations, key federal government agencies and other interested stakeholders, attended the publicly hearing. In one accord, they roundly rejected the bill, and urged the Senate Committee to trash it in the public interest.  Prior to the hearing, over 62 public and private institutions submitted legal memorandum to the Senate Committee, detailing the numerous reasons behind their objections to the bill. SPACES FOR CHANGE [S4C] and the Action Group on Free Civic Space were among the organizations that submitted and presented their legal memorandum at the public hearing. 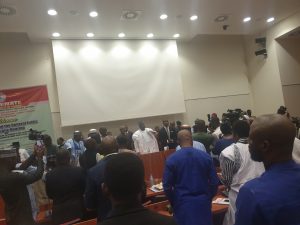 In his opening address, Chair of the Senate Committee on Judiciary, Human Rights and Legal Matters, Opeyemi Bamidele, thanked stakeholders for attending the public hearing in large numbers and assured that the Senate will only make laws that are in the best interest, peace, order and good governance of Nigerians. ‘The Senate has NOT taken any position on this bill.  The bill will be subjected to the full legislative processes of law-making, which includes a public hearing’, Opeyemi Bamidele said.

While giving further assurance that the views of various stakeholders will be taken into account, the Senate President Ahmed Lawan declared the public hearing open. In his words, ‘matters of freedom of speech are inalienable rights that should not be compromised. However, such rights have limits. That is why this hearing is a crucial one because the bill has generated a lot of interest and passion. That’s not unexpected. The internet has become a central part of our lives. It has also come with the good and the bad.’

Advancing the rationale for the bill, Senator Sani Musa disclosed that the primary goal of the bill is to tackle fake news, and not to gag free speech. Fake news has become a virus, an epidemic the world is trying to cure. Secondly, national security is one factors that must be taken into consideration when considering this bill.  Although S. 39 of the 1999 Nigerian Constitution guarantees free speech, S. 45 of the same Constitution constitutes a derogation to S. 39.  In fact, Section 45 categorically vests in the state, the powers to take such measures and actions as are necessary for the promotion and protection of public safety, public order, public morality or public health; or to protect the rights and freedom of all persons.

According to him,’ ’When I conceived this bill, depriving citizens of their rights was not my intention. ‘If passed into law, citizens would still have the right to criticize the government… Nobody will block your social media pages… I am primarily worried about fake news’, he stated.

He acknowledged that the role of social media is critical. Digital technology is profoundly changing our society. No media is as powerful as Facebook, Twitter, Snapchat etc. Despite the increasingly central importance of social media to human interactions, gaps remain. Nigeria lacks data protection laws or laws that protect under-aged minors against cyber bullying. Nigeria also lacks laws that protect the right to content shared on social media. Terrorist groups like ISIS have also used the social media tools to recruit young people. Curbing these social vices are among the reasons why the bill was introduced. Advanced democracies like US, UK, Australia, China and Singapore are equally taking steps to regulate activities on social media, especially aspects relating to terrorism, violence, propaganda etc. Like these countries, Nigeria needs a legal framework to guide the social media space.

Countering the claims made by Senator Musa, the director of Policy and Legal Advocacy Center (PLAC), Mr. Clement Nwankwo, recounted the number of citizens increasingly losing their civic freedoms on a daily basis at the hands of security operatives, especially the Nigeria Police Force and the executive.  A bill like this will worsen the situation, and encourage the Police to do more harm than they are doing now, with more citizens suffering massive human rights violations. In effect, the bill is not salvageable and should be discountenanced.

Continuing from where PLAC director stopped, Mr. Isiguzo, President of the Nigerian Union of Journalists (NUJ), reeled out the reasons why the NUJ is totally opposed to this bill.  One major reason is the threat to legitimate media activities, including content published online in the interest of fair comment and routine journalistic duties. The International Press Center’s Lanre Ogundade added that Nigeria is party to numerous international conventions that uphold fundamental rights to free speech. Bills that negate Nigeria’s international obligations should be discouraged. This was also the view advanced by Amnesty International.

Government agencies like the Nigerian Communication Commission (NCC) and the Independent Corrupt Practices Commission (ICPC) provided legal advisory opinion that could inform the parliamentary deliberations. While the NCC opined that the bill gave too much power to the police and other security agencies, the ICPC stated that the bill donated the statutory powers of the Attorney General to the police. This is an anomaly.

The Nigerian Army is the only government body that supported the bill, citing national security reasons. According to the army representative, ‘’the bill is welcome in the interest of national security. Even in advanced democracies, measures, including internet regulation, have been taken to protect national interest and security’. 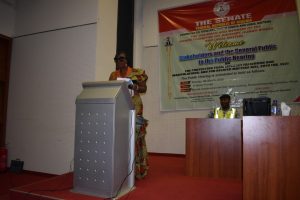 SPACES FOR CHANGE’s presentation by Victoria Ibezim-Ohaeri specifically responded to some of the claims Senator Musa made in his presentation. Firstly, the Bill is built on the false premise that the menace of cyber-crimes and online misinformation exist because of the absence of regulatory agencies and laws. On the contrary, the Cyber-crimes Act 2015, Terrorism Act 2015, the Penal Code and other libel laws sufficiently address with adequate penalties, issues of internet misinformation, cyber-crime and, other offences contained in the bill. Not only that, the Cyber-crimes Act of 2015 went further to create offences like cyber-bulling, cyber-stalking and cyber-squatting, and imposed stiffer penalties. Secondly, the Social Media Bill could have been saved if there were indeed provisions relating to data protection, intellectual property, and protection of minors. Instead, there is no single section of the bill that addressed such issues as Senator Musa claimed.

Finally, out of the 279 cases of clampdown of human freedoms in Nigeria documented on closing spaces database—www.closingspaces.org—75 incidents involve journalists arrested and assaulted on account of their journalistic duties, 9 media houses (DailyTrust, Premium Times, AIT, Fresh105.9Fm Oyo State, Breeze 99.9fm Nassarawa State, etc.) attacked for publishing and airing content critical and exposing of government activities, 21 activists and 30 internet users arrested for expressing opinions critical of government’s activities on their social media platforms. These incidents have engendered a climate of fear in the country with citizens resorting to social media as a safer platform to express critical opinions and organise for dissent. Granting over-reaching powers to security agencies to determine the legitimacy of online expressions and engagement would only worsen a very bad situation.

Representing the Action Group on Free Civic Space, Femi Adeyeye, a student unionist and member of the Open Spaces Hub observed that the Social Media Bill was plagiarised from Singapore, a country that ranks lower than Nigeria on press freedoms. Does Nigeria wish to rank as low as Singapore on press and civic freedoms? he asked.

Apart from the Nigerian Army, two other bodies supported the bill. They are Civil Voices Coalition for Protection of Right and Privileges (CVCPRP) and Nigerian Supreme Council for Islamic Affairs (NSCIA). They also cited fake news and national security concerns as the basis for their support for the bill.

By following the hashtag, #DropSocialMediaBill via the twitter handle, @Spaces4Change, large swaths of online audiences, especially members of the Action Group on Free Civic Space, outside of Abuja received live updates, including videos and images straight from the venue of the public hearing, while retweeting and sharing same with their own followers and local networks. 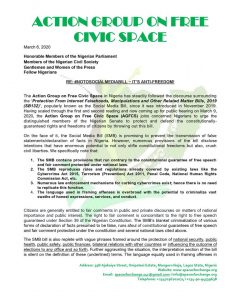 The Action Group on Free Civic Space is not resting on its oars. The Group represents a loose network of non-governmental organizations, media groups, student unions, state coalitions of civil society organisations in Imo, Enugu, Niger Delta, South West, North-East, North-West and North Central states, working on different thematic issues, but committed to ensuring that government regulation in the name of national security do not shrink the civic space in Nigeria

The public hearing hardly ended when members of the Group started calling from across states to know the fate of the bill, reiterating their commitment to legislative vigilance.  If unchecked, the bill may reappear before the parliament in another guise.  In 2016, the Bill for an Act to Prohibit Frivolous Petitions, popularly known as the Anti-Social Media Bill, surfaced in the Nigerian legislature, introduced by Senator Bala Ibn Na’Allah. Through sustained advocacy and mass actions coordinated both online and offline, Nigerian activists, active citizens and civil society actors vehemently opposed the bill because of the manifest potential to gag free speech. The current Social Media Bill is the second attempt to regulate the social media through the use of restrictive legislative proposals. With bated breath, the group is vigilantly awaiting the publication of the Senate Committee’s report, where the death of the Social Media Bill will be finally gazetted.