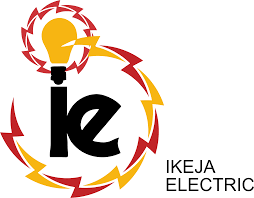 Between August to September 2021, SPACES FOR CHANGE engaged the Ikeja Electricity Distribution Company (IKEDC), resisting the overbilling and illegal disconnection of a three-bedroom residential partment in Obanikoro, Lagos. The problem started when the complainant wrote the IKEDC Business Office at Obanikoro in January 18, 2021,  requesting a replacement for a prepaid meter that got burnt on December 8, 2020. Despite being without electricity for the period, the complainant was asked to pay the sum of N195, 993.34 (One Hundred and Ninety Five Thousand, Nine Hundred and Ninety Three Naira, Thirty Four Kobo) for unspecified three months’ consumption at the rate of N65, 331 per month. In the interest of resolving the issue, he paid the said sum in full.

The issue took an extortion trend he initiated the application process for a new meter at the Obanikoro Business Office but was told that he has an existing account number: 0100674492 with arrears N617, 000.00 which is completely different from the account number on the burnt prepaid meter. IKEDC officials also disconnected electricity supply to the residential apartment. Sensing foul play, he demanded a review, which includes an reassessment of his consumption history, the actual cause of the burnt meter and an immediate replacement or repair of the burnt meter.

Beginning from January 2021, the relevant regulatory agencies including the Nigerian Electricity Regulatory Commission (NERC), the Federal Competition and Consumer Protection Commission (FCCPC) and the Lagos State Consumer Protection Agency (LSCPA) were copied, but none could rise to save or provide protection when it matters most importantly in the face of clear cheating, extortion and exploitation by the monopolistic service provider. In all the above correspondences and petitions, S4C demanded a replacement of the burnt prepaid meter, restraint from disconnecting or issuing threats of disconnection and an immediate refund of the sum N195, 993.34 (One Hundred and Ninety-Five Thousand, Nine Hundred and Ninety-Three Naira, Thirty-Four Kobo) the complainant was misled into paying without justifiable and verifiable consumption proof.

After exchange of several emails, telephone calls, text messages, and meetings between S4C’s legal team and multiple departments of IKEDC to clarify positions and reconcile conflicting records, the Loss of Revenue (LOR) bill has been reviewed downward using the last 5 months vending history. IKEDC also  acknowledged an excess payment made into the LOR account which will now be factored onto the complainant’s postpaid account. The postpaid transactions from November 2015 till when the Prepaid Meter was installed in March 2021 has now been written off. The previous bills were further reviewed , considering days of supply and using NERC regulation as a guide from April 2021 till August 2021 and in this vein further adjustment has been granted and factored onto the account. The total amount payable was also revised downward to  N8,024.94 with the assurance that these adjustments will reflect in the account within a new billing cycle. This case further attests that despite the unwarranted delays in the dispensation of justice, the mills of justice grinds slowly, but surely.

They have tried to extort me and provided personal bank accounts for me to pay money into. They have disconnected me without notice and continue to act in a fraudulent manner. I have documentary evidence of everything.