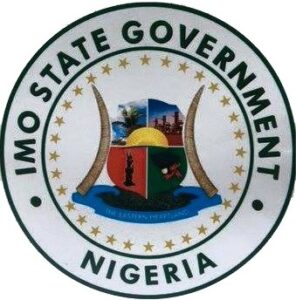 Under the auspices of its pro bono legal assistance program, S4C has filed petitions against the Nigerian Police Force at the Imo State Judicial Commission of Inquiry on Security Breaches on behalf of two widows over the extrajudicial killing of their sons, Late Chidozie Chukwu and Late Magnus Okechukwu Okoro, 39 and 34 years old men respectively, by officers of Anti-kidnapping Unit, State CID Owerri, Imo State. The deceased young men were arrested on the 8th of June, 2021 and were allegedly “transferred to Abuja”. Their bodies were later found at the morgue of the Federal Medical Center, Owerri, Imo State.

The widows from Ubachima Awomama Oru East local government area (LGA) of Imo State approached Spaces for Change’s Owerri Office for legal aid in October 2021. Their sons were arrested alongside other youths during a raid of Ubahu and Ubachima communities by officers of the Nigerian Police Force from the State CID, Owerri on the grounds that local youths burnt down Imo State governor’s country home in Omuma community, Oru East LGA of Imo State, the previous day.

Fearing for the safety of their sons, the widows visited the State CID, Owerri on Wednesday June 9, 2021 and they were directed to the Anti-Kidnapping Unit. They were not only denied access to see their sons; one Oladimeji, who identified himself as the commander of the Anti-Kidnapping Squad, notified them that all the suspects that were arrested on the 8th of June, 20201 had been “transferred to Abuja”. This information turned out to be false. Their bodies were later found at the morgue of the Federal Medical Center, Owerri, Imo State.

Prior to the discovery of the bodies, the Human Right Desk of Nigerian Bar Association (NBA) Owerri successfully secured bail for some of the Ubahu and Ubachima youths arrested in connection with the arson on the governor’s property. NBA also applied to state courts to compel the police to bring all detainees to court to stand trial. The police baulked. Towards the last week of October 2021, the widows heard an announcement over the radio regarding a scheduled mass burial for unidentified corpses by the Federal Medical Center (FMC) Owerri. The radio announcement urged members of the public with missing relatives to visit the FMC Owerri Morgue. It was there that the corpses of their sons were discovered and identified.

The deceased were responsible and healthy young men who left their families on the 8 of June 2021 in search of daily bread, but got arrested and were eventually found dead. Late Okoro Okechukwu Magnus was a graduate of Auto-mobile Engineering from University of Calabar who graduated in 2018. After NYSC, he came back to his village Ubachima and established an automobile shop just along the Owerri-Onitsha Road Express Way Awomanma. Late Chidozie Chukwu was a contract staff at Nigerian Brewery also in Awomanma.

Despite the controversial circumstances surrounding their death, hospital authorities demanded heavy fees; refused to release the corpses to the bereaved families and referred them to the State CID for clearance. The fees include the sum of Seven Thousand Naira(NGN7000) per body as corpse release fee and Thirty Thousand Naira(NGN30,000) per body for police clearance. Till date, the families are grieving without closure as the bodies of the victims are yet to be released for proper burial neither has any form of investigation been launched.